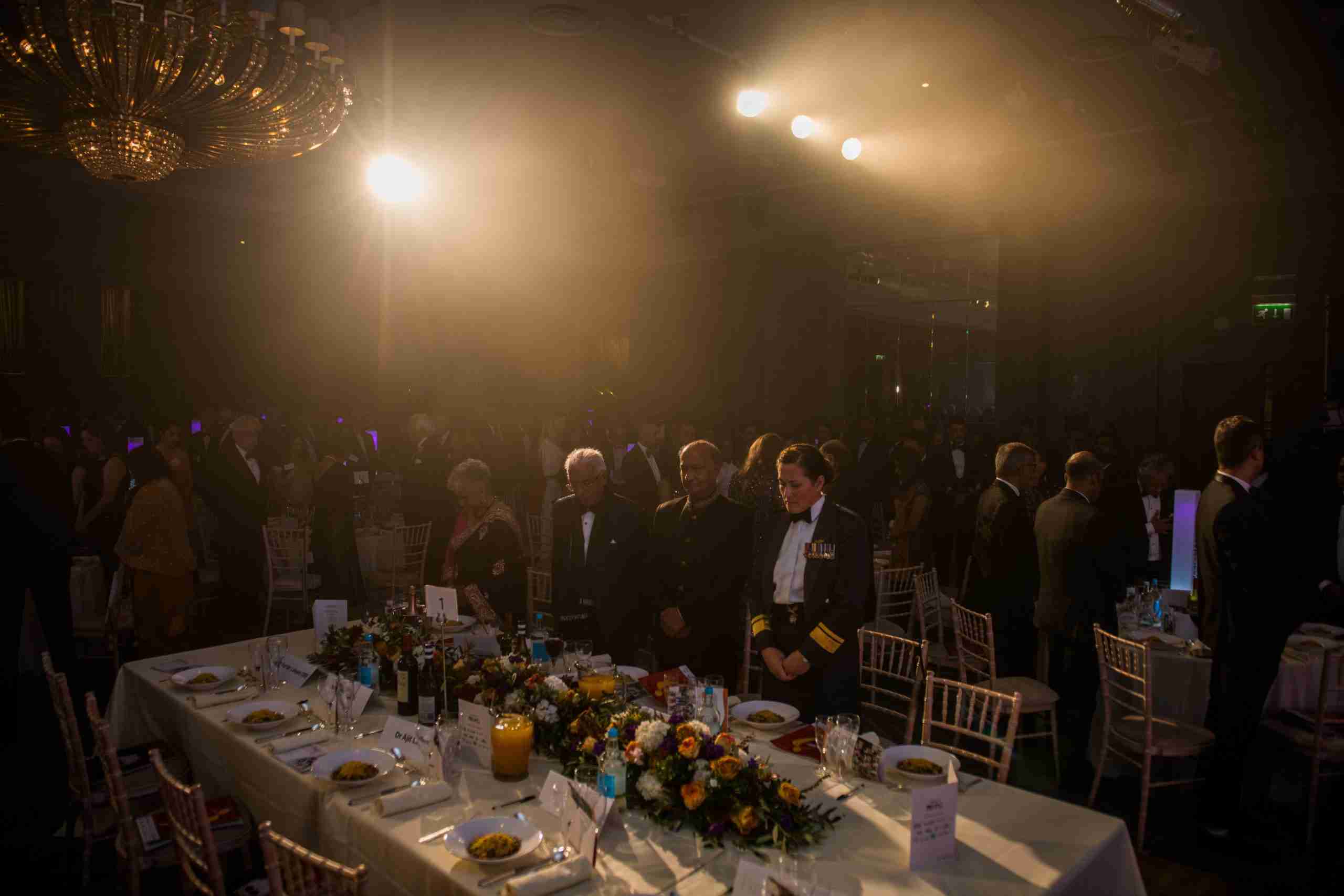 South Asians in the UK today occupy leadership positions across a range of fields, including politics, business and civil society. The Awards recognise the outstanding work of such individuals from across the South Asian community. Now in their 20th year, Asian Achievers Awards are recognised as the most prestigious and longstanding celebration of the leading figures of the UK’s South Asian community and their achievements, initiated by public nominations. Established in 2000, the Awards returned this year following the pandemic, presented by global advisory firm, EPG, and supported by media partners, Asian Voice and Gujarat Samchar, Zee TV, Sunrise Radio and Luxury magazine.

Across ten categories including Art & Culture; Business Person of the Year; Entrepreneur of the Year; and Community Service, Asian Achievers Awards received more than 500 nominations, from which the judges shortlisted four per category, evenly divided between male and female candidates.

Namit Malhotra – Chairman and CEO of industry-leading, visual effects and animation company, DNEG, and Founder and Non-Executive Director of DNEG’s parent company, Prime Focus Limited. As a film producer, Namit’s credits include Bollywood epics Brahmastra and the upcoming Ramayana; and the animated feature film Garfield, which will be distributed by Sony Pictures.

Business Person of the Year:

Shamil and Kavi Thakrar – Founders of Dishoom, one of the UK’s most successful, Indian restaurant companies. The company was ranked fourth in the 100 Best UK Companies To Work For list in 2021 and first in Hospitality and Leisure. In addition to growing Dishoom from one, London branch to a nationwide chain and a globally-recognised brand, they have published the cookery book, From Bombay with Love.

Dr Zareen Roohi Ahmed – Founder and CEO of Gift Wellness and Chair of The Halimah Trust, a charity established to fulfil the dreams of her daughter who was tragically murdered in 2007. Zareen is also a coach with Dent Global, where she has the privilege of helping other entrepreneurs realise their business dreams.

Entrepreneur of the Year:

Sherry Vaswani – Founder and CEO of Xalient, a global provider of IT services to large enterprises, specialising in cloud networking and cybersecurity. Xalient is Sherry’s second business venture, with its rapid growth recognised in the 2022 Sunday Times One Hundred and FT Europe 1000. Sherry has been a finalist in EY’s Entrepreneur of the Year and the FT’s 30 Women to Watch and is a strong advocate for improving gender balance in the tech industry.

Dr Kartar Lalvani OBE – Founder and Chairman of Vitabiotics, the first and now most successfully specialised vitamin supplement firm in the UK, with presence in over 100 countries. He is also the Founder of Meyer Organics, one of the largest nutraceutical companies in India, with a presence in over 30 countries.

Naga Munchetty – Known nationwide as one of the presenters on BBC Breakfast and hosting a prominent radio show on BBC 5 Live. In addition, Naga presents Claimed and Shamed for BBC1. She is passionate about golf and plays off a handicap of 8. In 2013, she was crowned the winner of Celebrity Mastermind on the subject of The Ryder Cup.

Professional of the Year:

Professor Sir Shankar Balasubramanian (University of Cambridge) – Shankar created Next Generation DNA Sequencing, a technology that enables fast, accurate, low-cost and large-scale genome sequencing. The technique has transformed biology and medicine by allowing researchers to read human genomes a million times faster and at a fraction of the cost of early approaches. He was knighted in 2017 for Services to Science and Medicine and is a Fellow of the Royal Society.

Puneet Gupta – Co-Owner and joint CEO of PG Paper, an award-winning company based in Scotland, UK and one of Scotland’s largest and most successful exporters, with a presence in 55 countries. A solution-driven paper company, PG Paper works with mills and their prime, side-run and stock capacity, supplying end-users in local markets from order to delivery. The company’s achievements have previously been recognised with awards from various chambers of commerce, Ernst & Young, The Herald Family Awards, Scottish Export Awards, Scottish BQ Awards, Scottish Asian Business Awards, BDO British Indian Awards and the Scottish SME Business Awards.

Special Award for Innovation and Entrepreneurship:

Bankim Chandra – Bankim left his job as a programmer for TCS in 1996 in India and came to the UK to work for RBS as a programmer for their CRM Systems. He soon moved to Bradford to do programming for Abbey National’s Car and Home Insurance Products and the next year came to Brighton with one suitcase to take on the challenge of fixing the Y2K bug at American Express. Today, he is the Founder and CEO of Dotsquares, with offices in France, Australia, the US and the UK as well as three development centres in India. They have over 800 staff members in a business that provides creative digital design and development services.

Sports Personality of the Year:

Captain Harpreet Chandi – Army officer and physiotherapist also known as ‘Polar Preet’, she has created history by becoming the first woman of colour to complete a solo, unsupported trek to the South Pole. She has also completed a 156-mile ultramarathon across the Sahara Desert in 2019.

Woman of the Year:

Rt Hon Suella Braverman KC MP – UK Home Secretary and former Attorney General. Suella was first elected to Parliament in 2015 for Fareham, Hampshire and re-elected in 2017 and 2019. She served on the Education Select Committee for two years and was made Parliamentary Under Secretary of State at the Department for Exiting the European Union in 2018 prior to rising in ranks to the position of UK Attorney General and current Home Secretary.

While Suella was unable to attend on the night and her parents, Uma and Christie Fernandes, collected the award on her behalf, in a video message of acknowledgement she said, “A huge thank you to the Asian Achievers Awards for awarding me the prize of Woman of the Year. I first of all want to pay tribute to the phenomenal and inspirational women who joined me in this category for the shortlist. They are all role models to thousands of girls in our own country and also around the world.

My mum and dad came to this country from Kenya and Mauritius in the 1960s. They’ve been proud members of our Asian community and I was born in Wembley, the heart of the Asian community, and to be elected to serve in the UK Parliament and now to serve our phenomenal and amazing and welcoming country as Home Secretary is the honour of my life. I hope to do you proud.”

Prema Subaskaran – Entrepreneur and philanthropist, who founded LycaHealth in 2015, overseeing the operational and strategic development of the business. This includes leading on the opening of its Canary Wharf clinic in 2015 and Westminster Healthcare in Chennai in 2016, which was endorsed by Prime Minister Theresa May. LycaHealth acquired KIMS Hospital in Kent last year, which is one of the largest and most successful private hospitals in South East England. She plans to acquire additional hospitals in other UK cities. Prema also spearheads Lyca Group’s CSR initiatives.

Speaking on the night, Dame Arlene Isabel Foster DBE PC, Former First Minister of Northern Ireland said, “I was really honoured and privileged to be asked to lead a minute’s silence to reflect on the service and duty of Her Majesty The Queen, who of course visited India on three occasions; 1961 was her first visit, where she spoke to a huge crowd when she arrived in New Delhi. But it was just a time of reflection and remembrance at the start of what is a wonderful evening of celebration and I’m really pleased to say it was looked at in a very positive way, so really pleased to be here and to be a part of this wonderful award ceremony.”

Pratik Dattani, Managing Director, EPG said, “Tonight we celebrated truly the best in the South Asian community in Britain today and I see the next 20 years bringing even more success for our diaspora. The AAA will continue to be the platform to identify, recognise and support the innovators, visionaries and community giants that will build Britain and make the world a better place.”

L George, Director, EPG Events; former CEO, Asian Voice and Gujarat Samachar said, “The Asian Achievers Awards night is always special because it serves as a platform for the community to come together. And, of course, it’s a great place to network with a room full of the most successful people from the British Asian community. But, more importantly, it’s amazing to know and to celebrate how successful the community has been today in every field.”

The awards ceremony was interspersed with live performances on the night including Brit Award-nominee, Rumer; cellist and pianist, Alison Gabrielle; and star of TV’s Man Like Mobeen, stand-up comedian Tez Ilyas; with Lord Jeffrey Archer conducting the charity auction in support of the chosen Charity Partner, Pardada Pardadi.

Link to further photos on our Facebook page. For more information or press comments, please get in touch with team@asianachieversawards.com.

We use cookies to ensure that we give you the best experience on our website. If you continue to use this site we will assume that you are happy with it.
Ok Privacy Policy
Manage consent

This website uses cookies to improve your experience while you navigate through the website. Out of these, the cookies that are categorized as necessary are stored on your browser as they are essential for the working of basic functionalities of the website. We also use third-party cookies that help us analyze and understand how you use this website. These cookies will be stored in your browser only with your consent. You also have the option to opt-out of these cookies. But opting out of some of these cookies may affect your browsing experience.
Necessary Always Enabled
Necessary cookies are absolutely essential for the website to function properly. These cookies ensure basic functionalities and security features of the website, anonymously.
Functional
Functional cookies help to perform certain functionalities like sharing the content of the website on social media platforms, collect feedbacks, and other third-party features.
Performance
Performance cookies are used to understand and analyze the key performance indexes of the website which helps in delivering a better user experience for the visitors.
Analytics
Analytical cookies are used to understand how visitors interact with the website. These cookies help provide information on metrics the number of visitors, bounce rate, traffic source, etc.
Advertisement
Advertisement cookies are used to provide visitors with relevant ads and marketing campaigns. These cookies track visitors across websites and collect information to provide customized ads.
Others
Other uncategorized cookies are those that are being analyzed and have not been classified into a category as yet.
SAVE & ACCEPT